In 1995, a previously convicted child molester was arrested and charged with the 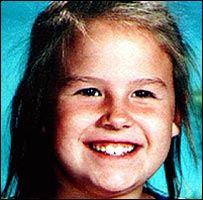 brutal rape and murder of 7-year old Megan Kanka. Unbeknownst to the Kanka family, the twice-convicted sex offender lived right across the street.

Unfortunately, the Police Department was prohibited from disclosing the presence of the sex offender in the neighborhood. The Kanka’s lobbied for laws requiring officials to adopt a notification policy, mandating the release of information pertaining to high risk sex offenders.

On May 8, 1996, federal legislation H.R. 2137 was passed, requiring state and local law enforcement agencies to release relevant information to protect the public from violent sex offenders. This legislation was appropriately named “Megan’s Law.”

On September 26, 1996, similar state legislation was signed into law creating California’s version of “Megan’s Law,” establishing strict registration and notification provisions for sex offenders. Upon release from custody, a sex offender is required to register at the local law enforcement agency in their city of residence. They must provide residency information, information about employment, and type of car(s) they drive.  Each sex offender must register within five days of their birthday and within five days of changing their address or employment. Registration must be done annually for the rest of their lives.

What Determines Whether the Public is Notified?

What Can We Do to Protect Our Family and Ourselves?

How Can I Find Out if a Sex Offender Lives Near Me?

Laguna Niguel Police services and the Orange County Sheriff’s Department is committed to keeping all of our residents informed about sexual offenders living near them. The City participates in the Megan’s Law Map Program which allows residents to access Megan’s Law Offender.

The public is allowed to search the Megan’s Law database by name, county and/or zip code. A person can access names, photos, physical descriptions, aliases, and a summary of sex offenses, but not the exact address of the offender. The site contains information on California’s sex registrants designated as “Serious” and “High Risk,” and is updated nightly by the Department of Justice. The Megan’s Law site is available for viewing at the following Orange County Sheriff’s Department locations:

COVID-19 Resources
Hot Topics
Economic Development
Website
Agendas & Minutes
Coastal Fire
Access Online Services
Our Mission
The City of Laguna Niguel is committed to providing a vibrant quality of life for all residents, businesses and visitors in a safe, beautiful and involved community.
Our Vision
The City of Laguna Niguel is dedicated to preserving a safe, flourishing and community-oriented environment through thoughtful engagement, financial responsibility and a commitment to innovation.
Our Values
Integrity, Excellence, Innovation, Security, Quality, Service